Perth College is led by a Principal, Vice Principal, Head of Junior School and Head of Senior School. The Heads of School are supported by Deans.

Our Leadership Team provides vital support in daily operations and strategic direction in the areas of staff, students, teaching and learning. Its members include: 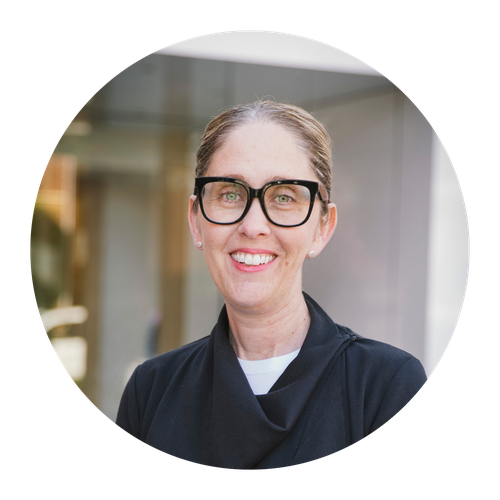 Our Principal, Helen Aguiar, joined Perth College in 2019 with a passion for educating young people and a desire to equip girls for life in the global world beyond school. She encourages students to be brave, dream big, push themselves forward, step outside their comfort zone, reflect and bounce back from failures.

Helen believes in being authentic and proud of one’s story: “Our stories define us as individuals and bring us together as a community. Sharing stories builds genuine, trusting relationships with students, parents and staff. Perth College has prospered from the courage of those who have come before us and together our united efforts will see Perth College girls forge pathways into the future as confident agents of change capable of shaping the world – and the future is certainly positive!”

Helen has a background in teaching and senior leadership positions in Anglican and Catholic schools in Western Australia and holds a Bachelor of Education (Secondary Teaching), having specialised in English and Humanities. She also has a Master of Education in Leadership and Management and a Master of Religious Education (specialising in pastoral care). Currently undertaking a Professional Doctorate, Helen’s research explores the wellbeing experiences of newly employed teachers, drawing upon Martin Seligman’s positive psychology framework.

Helen is married with two young children. A fluent Portuguese speaker who was born and initially raised in Carnarvon, she is eternally grateful to her parents for their ongoing and never-ending support. 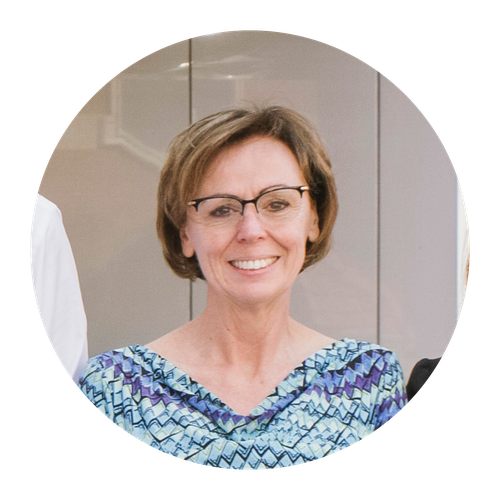 As Vice Principal, Lynda is primarily responsible for leading all matters related to learning and teaching from Pre-Kindergarten to Year 12, including academic strategy and student progress as well as the oversight of academic staff. She also acts for the Principal in her absence. 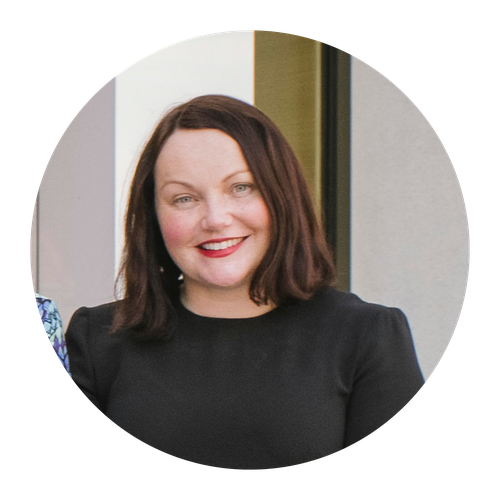 Katie joined Perth College in 2018 and has held a number of teaching and leadership positions nationally and internationally, with 16 years of her career spent in independent girls’ schools. She is a future focused and motivated leader, who is committed to supporting holistic opportunities for young people, which foster the development of skills for active global citizenship. She advocates for contemporary approaches to education, anchored by the need to ensure that curriculum and pedagogy is demonstrative of 21st century requirements. A commitment to wellbeing as a platform for overall academic success underpins her approach to strategic decision making and she honours the knowledge families can bring in making shared decisions about their child’s growth and development. 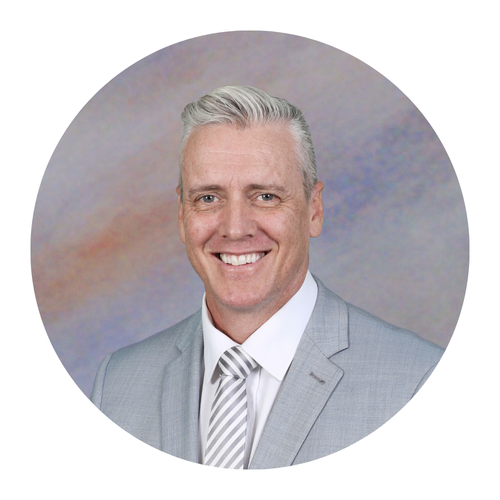 Gary has held numerous senior leadership positions in a variety of education sectors and has a Master of Educational Leadership. He has a passion for 21st Century learning and pedagogy that engages young people and prepares them to be global citizens. He seeks to influence the world of education to change, mould and transform students’ lives for the better, through a technology-driven approach coupled with self-directed learning and a pastoral philosophy. He is passionate about preparing children to be resilient, responsive to an everchanging world, and to develop values that will enable and encourage them to serve the wider community. These goals and aspirations revolve around creating an environment that leads education; a contemporary approach to thinking, teaching and learning that embodies a culture of innovation. 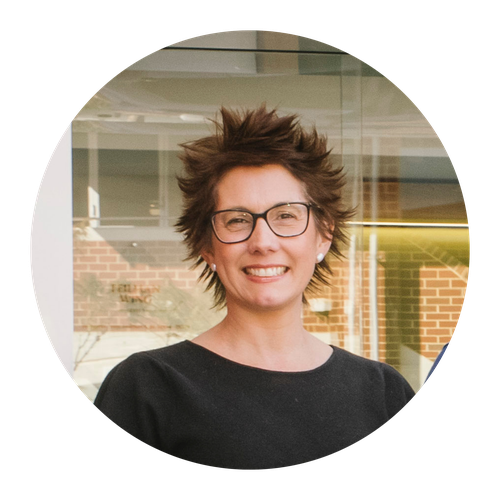 With sixteen years of experience as a leader in Catholic and Western Australian Independent schools, Shani’s role encompasses leadership across many aspects of Senior School life including learning and teaching, staff professional development, student wellbeing, driving improvement, innovation and change as well as community engagement. Shani is passionate about developing young people to influence society positively and flourish when provided with opportunity. 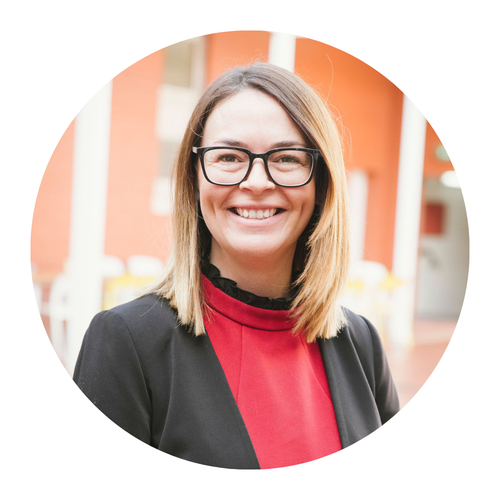 Andrea joined Perth College in 2020 with a mission to provide an education that will make a difference to every student. The thirteen years during which we have the care of our students are vital in establishing the foundation on which they will build their capacity to learn and the mindset that they will take into the world. Andrea is passionate about working in education, particularly now, when we have every opportunity to shape a different way of doing things. Where educators can create an environment where each and every student sparks passions, grows skills and attributes, learns how to build meaningful relationships and contributes to the world. From this vision, Perth College's sparc initiative was created. 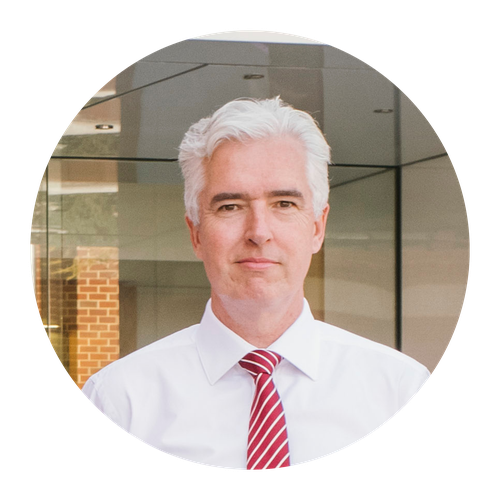 Ross has prime responsibility for leadership and management of the financial, governance and compliance functions of the School. He also has overall responsibility for school facilities, is the Secretary to the School Council and is an Executive member of the Perth College Foundation. 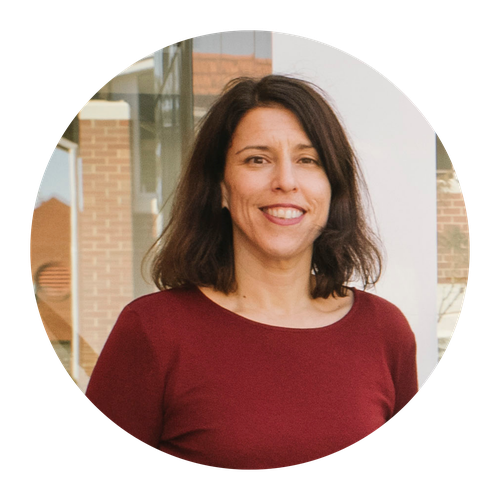 In support of the Principal and Executive Team, the School Council provides strategic direction for the future of Perth College, and prides itself on being functional, cohesive and passionate about advancing Perth College as a leading school for girls.

Andrea is a journalist who worked in commercial television news and current affairs for more than twenty-five years. She has been a newspaper opinion columnist, produced and presented radio programs and still contributes to public discussion as a broadcaster.

A teacher-focused academic, Andrea is the current Course Coordinator of the Graduate Diploma of Broadcasting at Edith Cowan University. As well, she is the owner of a boutique media consultancy. Andrea holds a Bachelor or Arts (English) from the University of Western Australia and is a Graduate of the Australian Institute of Company Directors. She and her husband Andrew have two daughters, both of whom were educated at Perth College.

Vikki is a Leader in the Health, Safety and Environment function at Chevron Australia. Prior to this, she held leadership and specialist positions in information technology in Perth and London. She holds a Masters in Business Administration with Distinction, a Bachelor of Commerce, and a Masters in Occupational Health and Safety. Vikki is an Old Girl of Perth College and served as the Student Representative Council President in her final year. She joined the Perth College Council in 2013, representing Provincial Council. Vikki has been Vice Chair of the Council since 2016 and Chairs the Risk Committee. She and her husband Manjitha have two daughters who will attend Perth College.

Geoff is Group Chief Financial Officer of the Royal Automobile Club of WA and its subsidiary entities. A Certified Practicing Accountant, he also holds a Graduate Diploma in Finance and Investment and has completed the advanced management program at Harvard Business School. He is a recipient of a WA Business News ‘40 under 40’ award and is a graduate of Leadership WA. Geoff has been a Director of Amana Living, the Anglican Church’s retirement and aged care agency, and a member of the Board of All Saints’ College. Geoff has one daughter who is a 2019 Perth College Leaver.

Terry has had a long association with Perth College, beginning as an Altar Server in the Chapel during the time of the Sisters of the Church. After six years as an ordained Anglican priest he was appointed Chaplain of the School in 1975. Since then he has served as Chaplain of two other Anglican schools and, since retirement, has undertaken locum chaplaincy in several schools (including PC) when requested. He has passion for Anglican School education, and has a Diploma in Religious Education beyond his Bachelor’s Degree in Classics and Ancient History. Terry compiled a short history of the School, covering the years between the 50th and 75th years, and has a wide knowledge of the School’s history and contribution to the State of WA. He was raised in the Yilgarn area of the State of Western Australia and is particularly concerned for the work of our School with Boarders.

Terry’s daughter attended PC, and he currently has a grand-daughter in Junior School. He is an Honorary Member of the Old Girls’ Association. Terry lives in retirement in the South West and represents the Anglican Diocese of Bunbury as a Council member.

Brenda is originally from New Zealand, where she completed her high school education at the end of Year 11. She immigrated to Australia in 1981 and began her tertiary study in 1991 as a mature-age student, completing a Business degree at Curtin University and then a Law degree at the University of Western Australia. Brenda is Principal of her own law practice in Perth. Prior to practising law Brenda previously worked as a senior executive in marketing, sales management and client service in both the retail and financial services sectors. Brenda is also the Vice Chairperson of the Christian media organisation Sonshine Media 98.5 FM and she holds a post-graduate qualification in Theology. Having fallen through the cracks in not completing high school and then finding her ultimate career via a non-conventional pathway, Brenda is passionate about providing an educational environment where girls are given the opportunity and support to explore where their gifts and talents and passions lie and how those discoveries might determine their place in the world.

Alex is a Certified Financial Planner with more than 17 years’ experience in the industry, specialising in superannuation, investments and cashflow management. In addition to being a Director at WealthCo Advisory, Alex sits on the investment committee of Mont Partners. This role involves the review of asset allocations and investment holdings. Alex has worked in a range of financial institutions, including BT Funds Management, Westpac, MLC and NAB Financial Planning. He also holds a Diploma of Financial Advising from the Australian Securities Institute.

Jonathan has a Bachelor of Arts and Post-Graduate Diploma in Urban and Regional Planning from Curtin University. He has a three-decade career in town planning and urban design with a portfolio that includes National and State award-winning projects. Jon started his own consultancy in 2001, he contributes to professional committees and industry bodies, lectures at Curtin University and mentors young graduates. Jon joined Council in 2015, he is Chair of the Facilities Committee and is the current representative on Council for the Friends of Perth College. He is also an active member of the PC rowing family, being President of the Friends of Rowing Committee for 2022. Jon and Tracey have a daughter, Brianna, in Year 12.

Jane is Emeritus Professor of Public Health Nutrition Research at Curtin University. A Perth College Old Girl (1971 to 1975), she was Vice Captain of Lawley House in her final year and also served as President of the Student Representative Council. Jane trained as a nutritionist/dietitian and went on to complete a Master of Public Health and a PhD in Nutritional Epidemiology at Curtin University. She has worked as a university academic for most of her career in both Australia and Scotland. In 2013, Jane was inducted as a Fellow, and in 2021 as a Life Member, of Dietitians Australia in recognition of her outstanding contribution to the profession. She is the Old Girls’ Association Council representative and is also a member of the Perth College Foundation Board.

Al is a Western Australian business leader who has built and grown one of Australia’s most successful communications agencies – 303MullenLowe – and is now at the helm of hospitality and brewing group Triple-1-Three. He is President of West Australian Music (WAM) and holds a number of other board and strategic advisory positions across a range of industries.

Al is focussed on building organisational capabilities in culture creation, empathy and creativity, and is an award-winning behaviour change strategist, having consulted to State and Federal Governments and Australia’s most well-known commercial organisations. He is also a passionate supporter of the arts and the Australian creative community.